Why Creativity is Important 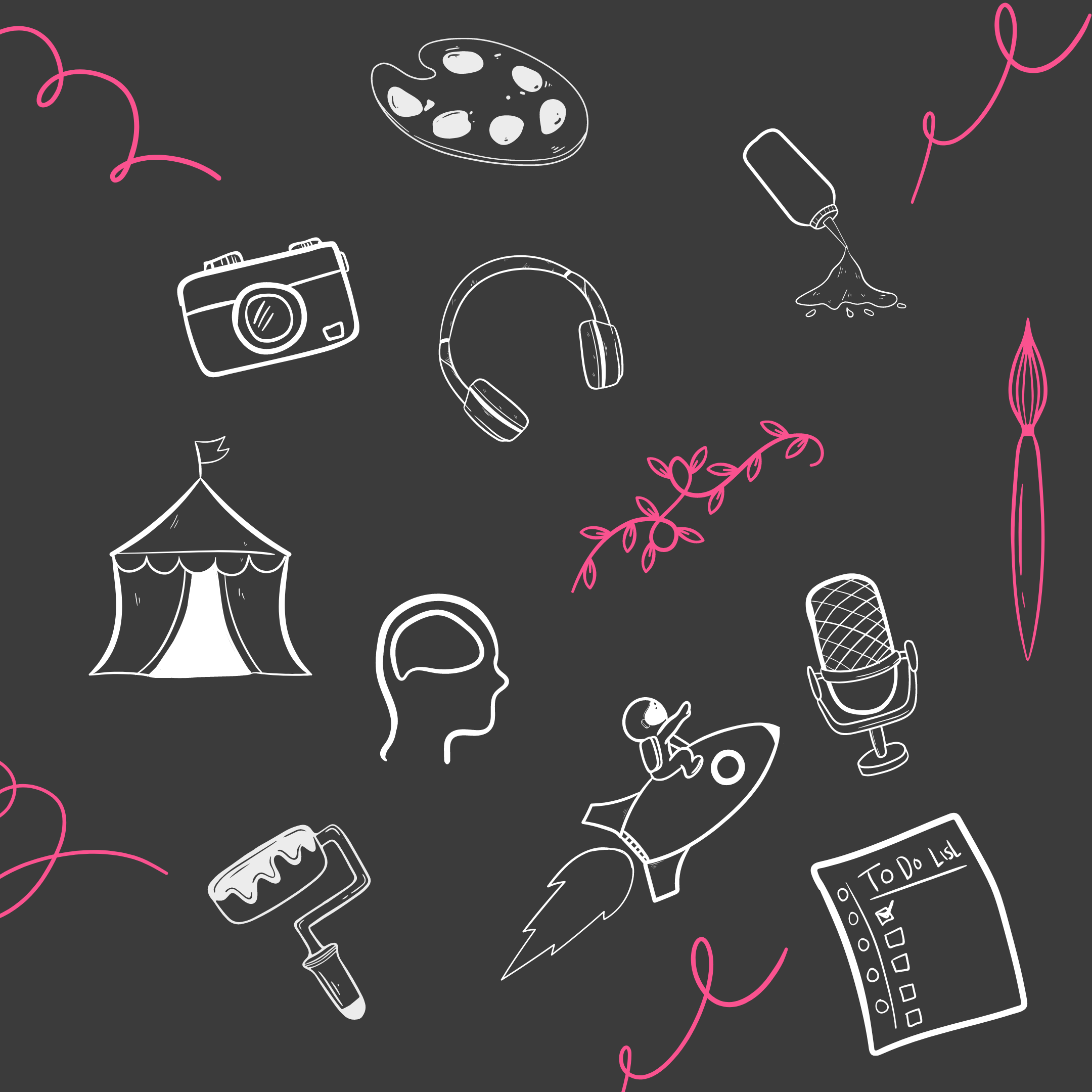 If you’ve ever wondered what the word “creativity” actually means, you’ll find the answer in several different definitions. One of them is “the ability to create something new,” and that something can be anything from a mathematical equation to a recipe for dinner. The ability to come up with new and innovative ideas is a trait that everyone has but few people use.

In many cases, people who are praised for their creativity in childhood are told to stop being so creative as they get older. The reason for this is that society has set certain expectations for behaviour, and anyone who diverges from those expectations is often met with criticism at first.

The Importance of Creativity

Creativity is important for several reasons. It’s one of the traits that make humans different from other animals, and it’s a skill that helps us solve problems, come up with new solutions and contemplate the world we live in. If we weren’t creative, we’d still be living in caves as hunter-gatherers.

How To Improve Your Creativity

A way to improve creativity is by allowing your ideas to flow freely without being judged. Too often, people are criticized for being different or unusual. If people were encouraged to let their creative minds run free, they would develop better ideas and more creativity over time. An example of this is ‘free writing’ in creative writing, a tool many writers use in the first draft to allow innovative and unique ideas to unfold. When you free write, you set yourself a given amount of time to write all of the ideas that come to mind and simply write, ignoring all urges to edit your work.

Another method for improving creativity involves using your imagination to visualise an object, idea or concept. Mental imagery helps strengthen the neural connections within the imagination network, which improves the ability to visualize things. Visualization exercises can be done while relaxing, such as while taking a bath or walking in the woods.

Think of your brain as a muscle: The more you use it, the stronger it gets. The same goes for your imagination and creativity. Putting it to work by visualizing images, playing mental games or contemplating abstract concepts will make it stronger over time.

It’s no secret that creative people tend to be more productive. They typically think outside the box, which allows them to come up with novel solutions to problems. Furthermore, they’re able to take advantage of opportunities that others overlook.

One characteristic of highly productive people is they can efficiently manage their workload. They don’t bog themselves down with unnecessary tasks or clutter. Instead, they stick to the important things and are able to clean up the messes when things fall apart.

gives you the ability to see the big picture and cut out the unnecessary stuff, which in turn allows you to focus on the important things. This is a valuable skill to have, especially when there’s a lot of chaos surrounding you.

By necessity, most people stick to familiar and traditional social patterns. However, creative people are often viewed as eccentric or unorthodox by conventional folks. Although this can sometimes lead to strained relationships, it can also lead to new connections and better relationships overall.

Think of Steve Jobs: His unique style and forward-thinking products earned him the nickname “Neutral Steve Jobs” on Reddit. Although some people might have been offended by his sometimes abrasive personality, he also earned admiration and respect from others. In the end, he made Apple what it is today and earned a place in history as one of the greatest innovators of our time.

Had Steve Jobs followed traditional social norms,  his relationships would have been much tamer and perhaps less successful. Creative thinking allows you to interact in a manner that’s comfortable for you while also encouraging others to do the same, which in turn improves relationships and fosters positive connections.

Creative thinking can also help overcome relationship-killing tensions and conflicts. For example, if you’re able to view conflicts as opportunities to learn and grow instead of proving yourself right or proving the other person wrong, then the relationship will likely improve.

Also, children tend to be much more creative than they’re given credit for (especially in the United States), but their creativity is often stifled by overly protective parents and teachers. If these kids were allowed to be creative from a young age, they might develop into innovative adults capable of solving problems and leading productive lives.

Creativity Can Save Your Life

In case you ever find yourself in a survival situation, creative thinking can make all the difference between life and death. Being creative helps you look at problems from a different perspective, which can in turn lead to innovative solutions. For example, if you’re trapped in a cave, you might be able to use the bubbles in the water to figure out which way is up and then swim to the surface.

It’s also much more efficient to use creative thinking than it is to carry lots of equipment. For example, you could use sticks, leaves and rocks to draw a map of the area on the ground instead of carrying a map book. That way, you’d also never have to worry about losing the book or having it get wet (since it’s made out of materials that are already on the ground).

Also, many people who go through intense survival situations learn new skills and come away with a new perspective on life. Although this might not always be the case, some have said their survival experience made them happier and more fulfilled as people.

It can also be used to improve your social skills If you’re shy or feel like you don’t fit in, then creative activities such as music, painting or writing can help you feel like a better person

By doing something creative, you’re taking an active step towards developing a new perspective on the world and yourself. Although this might seem like a small step, it can have a huge impact on your self-esteem and the way that you perceive other people.

In addition, giving things a new twist (such as wearing a costume to a party instead of normal clothes) can help you gain the courage to interact with people even if you don’t feel like yourself.

It can help you find (or create) a fulfilling career. If your dream is to be a writer, artist, musician or filmmaker, then a creative activity can help you reach that goal. 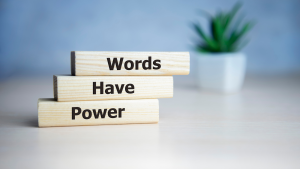 Learn how to write to persuade in this blog. 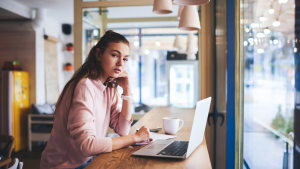 How to structure an essay

Writing an essay can be hard, and you might struggle to know where to start. But writing an essay really doesn’t need to be that difficult and knowing the right structure can save you a lot of headaches during writing. In this blog, we outline just how to structure an essay for school or university. 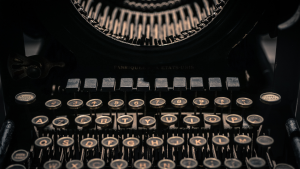 What are narrative techniques?

Narrative techniques or literary devices are the devices writers use in order to write a good story. You may find yourself asking the question what are narrative techniques? In this blog, we aim to answer just that. 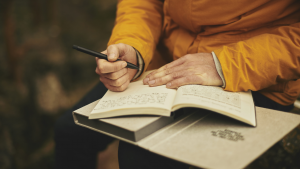 5 tips to improving your writing

You may be an adequate writer or struggle to get words on the page. Whatever your level of writing, these top 5 tips to improving your writing are a surefire way to help you advance your writing and literacy skills, so let’s dive right in! 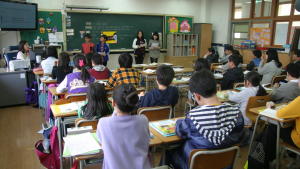 3 secret study tips (how to do well in school)​

The recipe for getting good grades and doing well in school is actually quite simple. In this blog, we outline three secret study tips you might not have known about that will help you to achieve academic success. 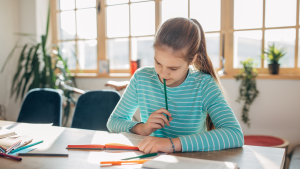 How to study alone effectively

Studying alone can be a real challenge, but it’s something most of us at some point in our lives will need to learn how to do well. In this blog, I outline 5 key tips on how to study alone effectively, so that you can get the most out of your independent study sessions.

PrevPreviousWhat is the difference between prose and poetry?
NextEnglish GCSE Assessment ObjectivesNext